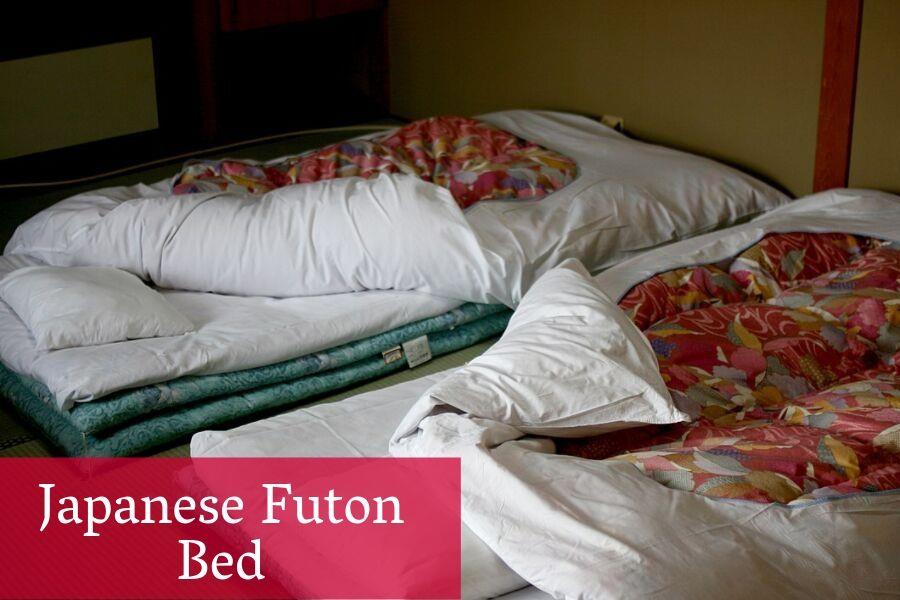 In Futon
By Chantelle

Futon – You may have heard of people speaking about Futon Beds and that it is one of the new trends of “must-have”. But have you ever stopped and asked yourself this one simple question: “What is a Futon Bed?” Do not fear my friend, you don’t have to overwork your mind about trying to figuring out the answer, we have it right here for you! In this blog, we will discuss what a Futon Bed is along with the different benefits it has to offer you. Let us begin on our journey to discovering the real meaning of this magnificent piece of furniture…

1. What is the meaning of Futon?

Futons are a traditional Japanese bed. It consists of a padded mattress (called a shikbuton), a quilt (called a kakebuton) and a pillow filled with beans (called a makura). In Japanese culture, these beds were put on the floor at night for sleeping. The beds could be easily rolled up during the day if they were not needed. The word “Futon” has come to mean a lot more than just a padded mattress. Although there are many Japanese people sleeping in a normal bed, they will say “I sleep on a futon”, which simply means going to bed. In today’s time, they now mean structures that Japanese people sleep on, including beds.

Looking at a picture of a futon, you start to wonder things like: “Is it a couch?, Is it a folding sofa frame?” and “Is it just a bed without springs?” The answer to these questions is fairly simple and quite easy… It is a BED! The shikibuton is the ancestor to what Americans call a futon. Traditionally, the futon’s size is only about three inches thick, which makes it a good firm bed, although they might be generally too firm for side sleepers. The common American idea of a futon is a sofa that doubles as a guest bed. This along with construction are what differentiates a futon from a standard mattress.

The futons are made up of compressed layers of different materials, such as organic cotton, wool, and latex. These layers are then tufted in place to keep all the batting secure, and in return ensures for a long-lasting product. Because it is made of mostly natural fibers and a little bit of latex, they require unfortunately a little bit more maintenance. It is recommended that they are flipped over at least once every other week. A futon mattress is generally on the firm side of the mattress spectrum and with proper care, they should last you between 8 to 15 years. Where will you get a mattress that will offer you a decade of delightful sleep??

3. What are the benefits of a Futon Bed?

You are now beginning to get hooked on the idea of maybe having your own futon bed. Did you know there are quite a few benefits that this bed can offer you? Let’s see what these magnificent benefits are:

These beds are commonly found in day rooms, smaller apartments and dorm rooms, or just basically any space that needs an extra sleeping option. One of the greatest benefits of having your very own futon bed is that it helps you save a lot of space. Since it can easily be folded up to create a couch, the futon will be the perfect addition to a small apartment or dorm room. They can also easily pull out flat to resemble a bed. Just remember, the size of the futon and the mattress materials will vary, so it is important to choose one that will work for your particular living situation.

Put the benefit of freeing up space aside, the futons will also add a modern sense of style to your living space. With this benefit, you can get as creative with your futon as your heart desires –  change up the mattress cover and add all kinds of funky throw pillows. This will be a great concept if you have your futon in a living room or in a common space. A major plus that will get you to buy one immediately… futons are much less expensive than a normal bed!

4. What is the downside to a Futon?

Even though the futon has great benefits, like every good thing it also has a few minor disadvantages. They are a perfect space saver, but this can also mean that it will not give you adequate support. Since the futon can easily be folded, the mattress or pillow of a futon will not be as thick or sturdy as a bed mattress. The mattresses are really just a covered, thin pillow sometimes. Of course, you can choose a futon with a thicker mattress.

What is the difference between a futon and a normal bed? What have they got to offer that a normal bed lacks? Will a futon be a better choice to buy than a normal bed? These are just a few of the questions swimming around in our minds at the moment. Let us compare these two with each other and have the answers we seek.

6. History about the Futon Bed in the 13th Century till 17th Century

In the 13th Century, most people slept on straw mats, but the nobles slept on tatami. These were not as soft as futons are now. It was said that they were hard and uncomfortable. For a long period of time, people covered themselves with their clothes to just keep warm (most people just slept nude). Rich people never did things like that. In the 17th Century, bedclothes were made (finally). People made it by stuffing cloth with materials like cotton and wool.

In the 18th Century, the futon production started because of more domestic cotton being available. At this era, futons were too expensive to buy for the average person. They would cost 1 200 000 yen (Japanese Currency). These beds were given as important gifts. In those days, futon meant a mattress and not a quilt. In the 19th Century, most people were able to afford futons. The import of raw cotton began, and many factories were built. Because of industrial development, the making of futons was made easier and more efficient than before. This made the price of the futons drop and more people were able to afford them.

In the good old days, people thought any futon was good as long as they could sleep on it. But over the years people started to want better futons. Today, people like futons which they can relax on and recover from fatigue. The designers and makers have developed futons that can adjust perfectly to the human body. There are a few advantages to this new type of futon. Since the ventilation on the futon is excellent, it makes the furniture perfect being cool in the summer and warm in the winter. Since the position of this furniture can be adjusted to an ideal posture when you sleep, it improves blood circulation while you are sleeping. Futons are easy to look after with little to almost no maintenance, just the requiring of flipping your mattress once a week.

In the end, choosing between a Futon and a normal bed will always be your own choice! 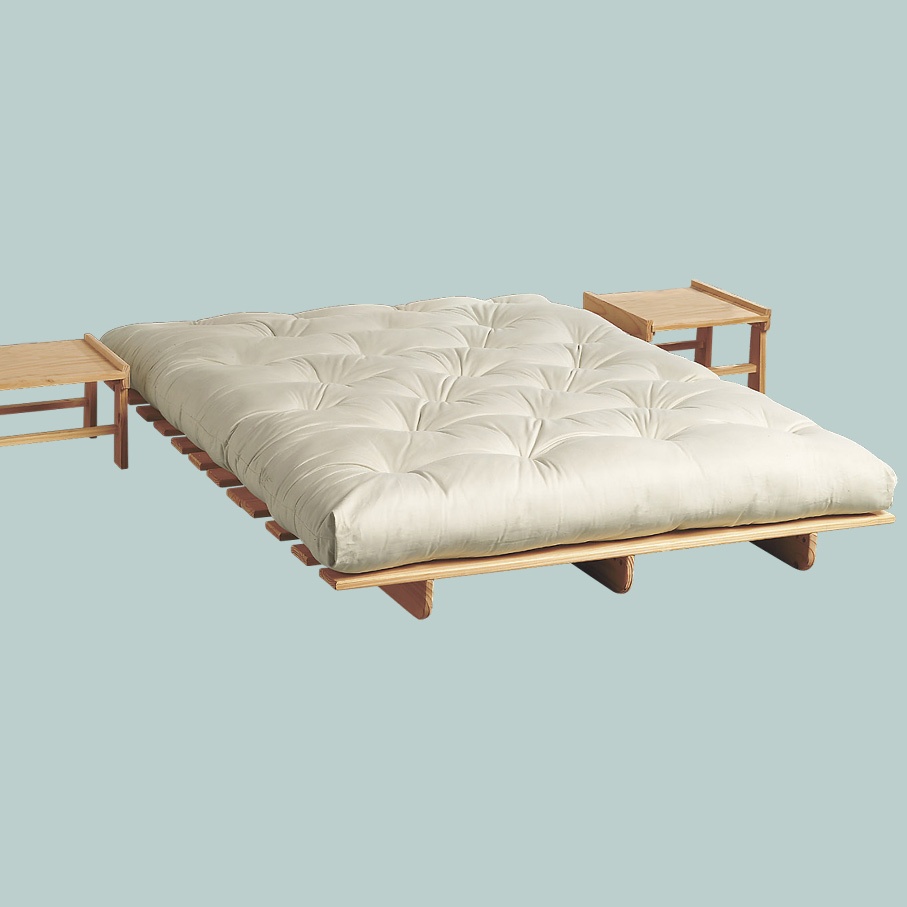 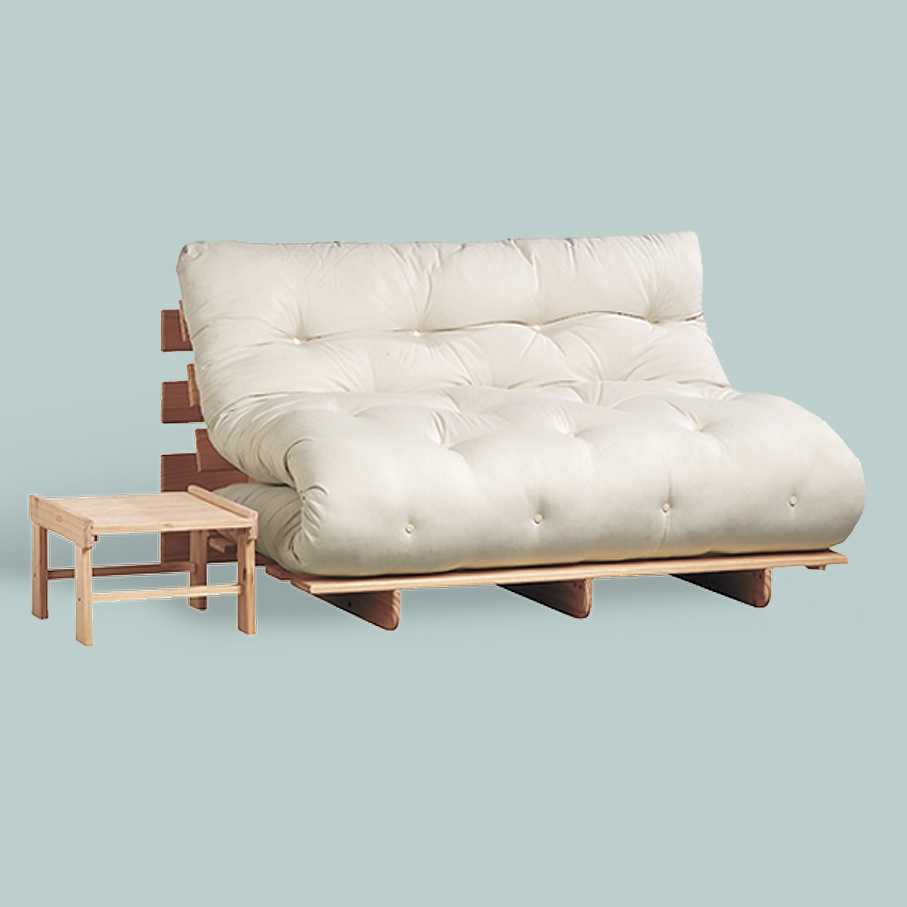 Futon Bed: What’s the hype about?